Balls that record or play sounds when squeezed.
Design exploration during PlayFit project by Rob Tieben. 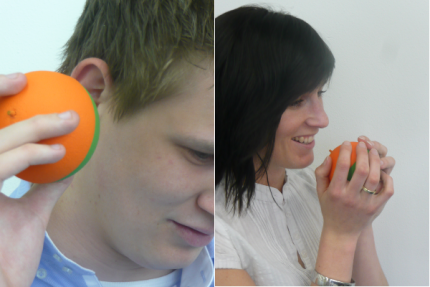 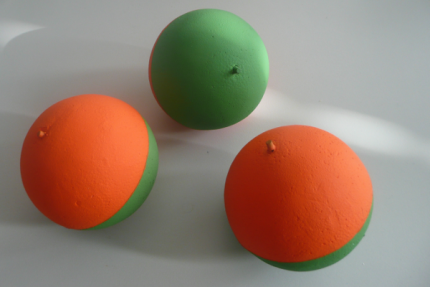 Whisperballs are interactive balls that allow players to record audio messages by squeezing them. Another player can then squeeze the ball again, to listen to the message. Users can throw balls with messages to each other, or leave them to be found for someone else.

The Whisperballs were informally evaluated in an office setting, and later at a high school with five teenagers. The evaluation was a failure: the balls did not invite users to explore, and when we invited them, no free play occurred. Playing with the balls was not enjoyable according to the users. In addition, when a recording was made, it contained insults or funny sounds most of the time.

Linda is eating lunch, and finds a Whisperball at the table. She squeezes it, and records ‘Whoever hears this is crazy!’, and throws the ball to Luuk. He listens to the message, smiles, and records a new message before throwing it to one of his friends.