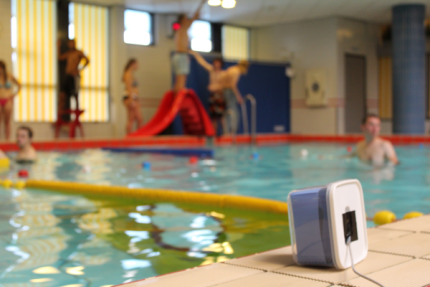 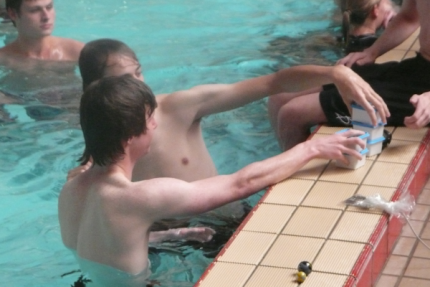 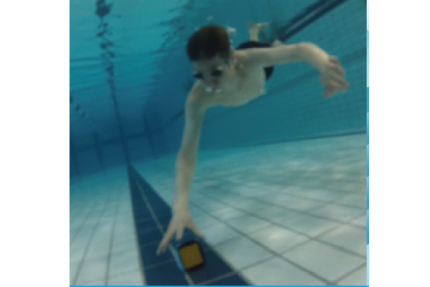 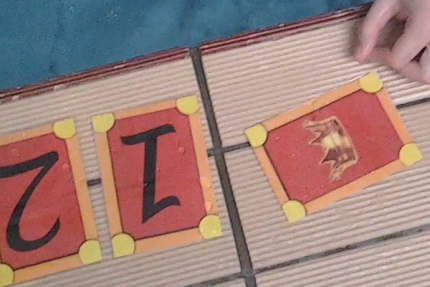 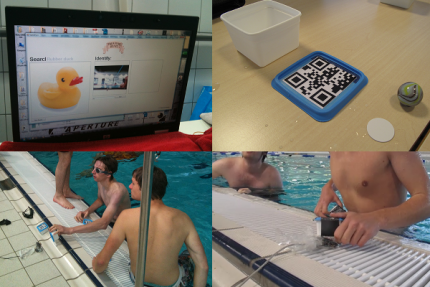 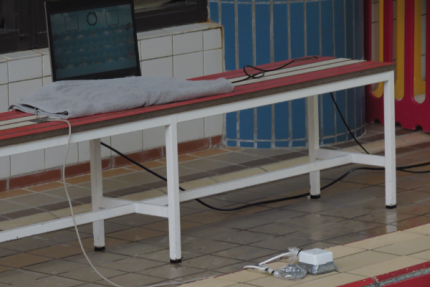 Treasure Race is a game for the swimming pool, which uses floating objects, a display, and RFID readers. A series of floating objects (treasures) are thrown into the pool; teams of players then have to find and scan the objects to eventually find an hidden treasure, competing in a treasure hunt race. Playing rules and strategy are left undefined, to be decided by the players themselves.

Treasure Race was evaluated in several iterations with students. The final version was evaluated with seven groups of six teenagers (10-14 years old), where each group played for five minutes.
In the evaluation, the gameplay mainly revolved around trying different strategies to win; competition and cooperation emerged in various shapes. Types of play, and feedback from players differed from team to team; varying from calm strategic play to competitive free-for-all rush play. Users implemented their own goals and rules, and the types of play varied between groups of players: some liked competition and speed, whereas others played in a slower pace.

Jack, Luuk and Wouter are competing against three of their friends in Treasure Race, a game in the swimming pool where they have to collect floating objects and scan them at the scanner in the swimming pool. The order is important as well, as objects change after they have been scanned. Together, they play an intensive game of swimming, diving and planning.