Draw and play games by swimming around with coloured items.
Design exploration during PlayFit project by Blok, van Gastel, Pauwels and Voeten. 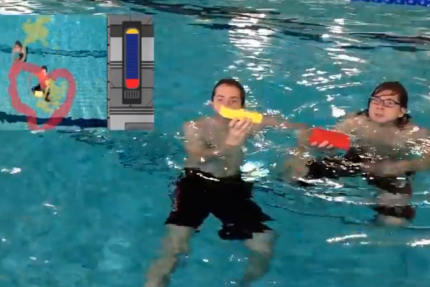 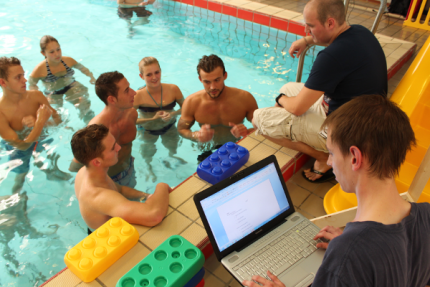 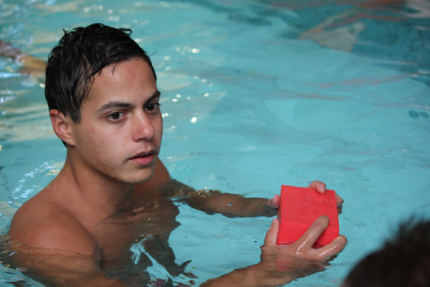 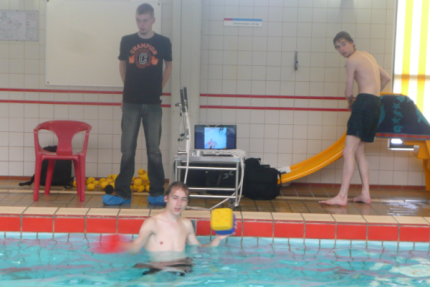 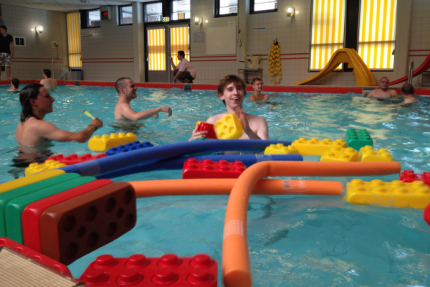 WaterDraw is another game for the swimming pool, where players can virtually paint on a display. Players swim around with coloured blocks, and are recorded via a top-side camera. Every object virtually paints with a specific color; the system also responds to other coloured items such as swimming suits. This way, players can create their own drawings, or play a `fill-the-map’ game, where the goal is to fill the entire screen with a colour.

WaterDraw was evaluated in several iterations with students. The final version was evaluated with seven groups of six teenagers (10-14 years old), where each group played for five minutes.
The observed play in the evaluation was creative and social: players used all sort of coloured objects to draw, blocking each other and at other moments cooperating. Rules and goals were implemented, and changed, while playing. Players created drawings with the blocks, and shared ideas and results with others.

Menno and Linda are swimming in the pool, and discover red and blue floating objects. When they move one, they see that a line is drawn on a big display. Swimming around, they start making paintings, diving and throwing objects to make special lines.