Shoes with LEDs that change depending on user’s actions.
Design exploration during PlayFit project by Tamás Fejér 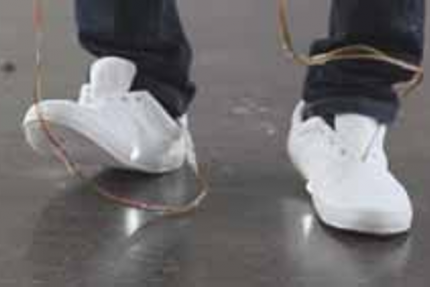 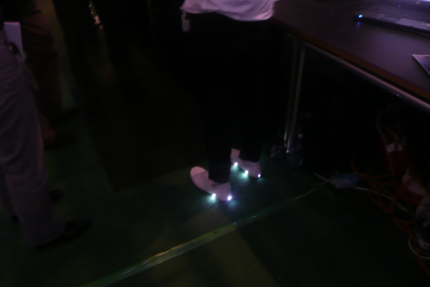 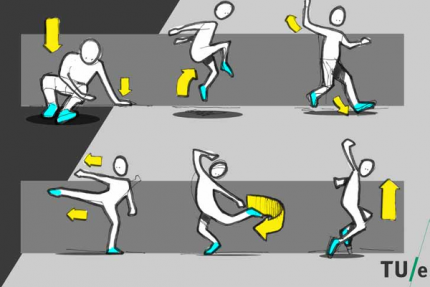 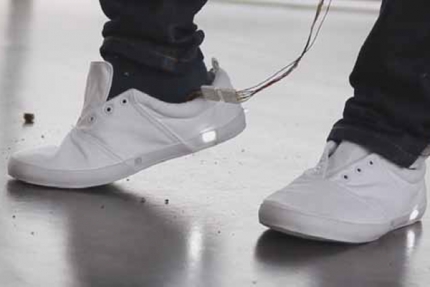 Dancing Shoes are shoes with LEDs where a user can change colour, intensity and pattern of the light by performing certain actions. Walking, jumping or tapping results in cool light effects, connecting the players’ actions to their appearance.

A proof-of-principle was created by the designer, and worn at a party and an exhibition.

Mark walks through the school corridor and encounters a group of classmates. He jumps and runs past them, showing off with his speed and the cool light effects that appear in his shoes.