Build a tower with your silhouette in the swimming pool.
Design exploration during PlayFit project by Jole, Lemmen, van Loon, Hoogers and van der Horst 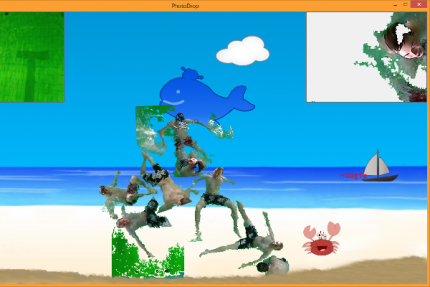 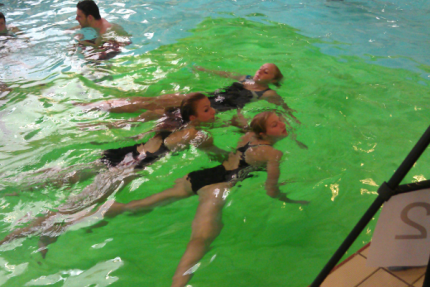 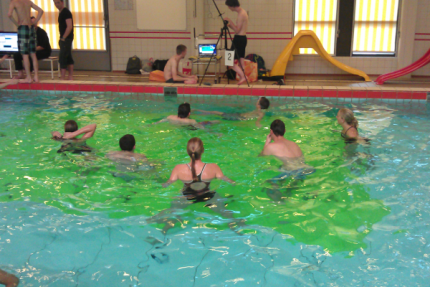 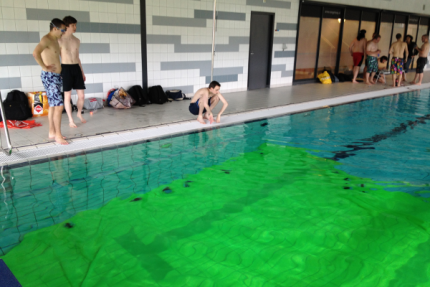 Photo Drop is a game for the swimming pool, where a camera above the pool records swimmers` silhouette, and displays this on a large display. This silhouette is then transformed into a Tetris-like building block, so that swimmers can build a virtual tower using their silhouettes. Players can for example try to build the highest tower.

Photo Drop was evaluated in several iterations with students. The final version was evaluated with seven groups of six teenagers (10-14 years old), where each group played for five minutes.
Play sessions for Photo Drop showed strong social interaction and cooperation: players tried to create the highest or most beautiful tower. The playful activity in this game matched the users’ interest, and stimulated them to create their own gameplay. Users for example cooperated in trying to create the highest tower or the biggest block, by creating one big silhouette together.

Pepijn and Luuk are floating in the pool, trying to make a square-shaped silhouette. They are playing Photo Drop and want to build a higher tower than the one from their classmates. A camera above the water records their silhouettes, and the result is visible on a big display at the side of the pool.
Swimming, floating and cooperation are required before they can build the highest tower and win the game.