Jump in the swimming pool and review your splash on a display.
Design exploration during PlayFit project by vd Bogaard, Donkers, Jacobs, Leenders, Verhoeven and v Woelderen 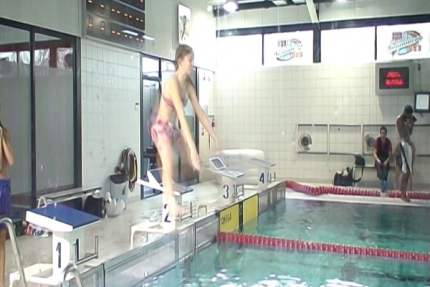 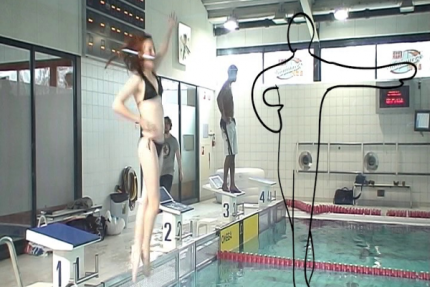 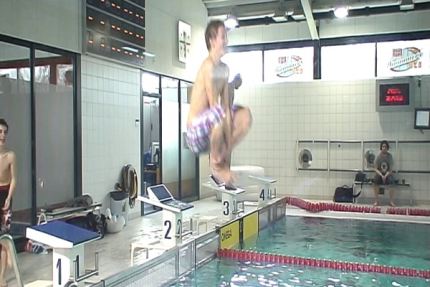 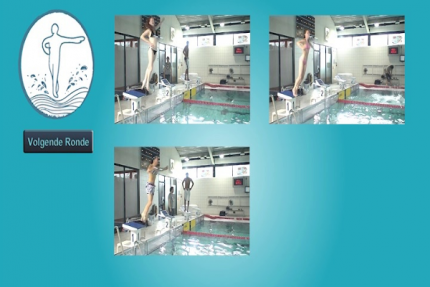 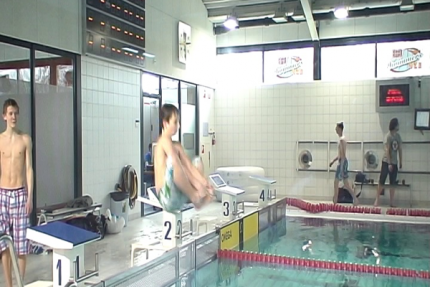 Bomb-It is a game for the swimming pool, where a side-view camera records players’ jumps, and displays the last four on a big display. Players can review and compare their splashes, dives, saltos or bombs in a social and active playful activity.

Bomb-It was evaluated in several iterations with students. The final version was evaluated with three groups of six teenagers (10-14 years old), where each group played for five minutes.
Players liked the freedom the game provided, creating goals and rules while playing (who can make the biggest splash, who can do the best salto, etc).

Wouter and his friends are playing Bomb-It in the pool, each trying to make the biggest splash. Linda and Pelin join, and start making pirouettes when jumping in the water. After watching for a while, Wouter claims that he can make a better pirouette, and within minutes everyone is spinning in the air.