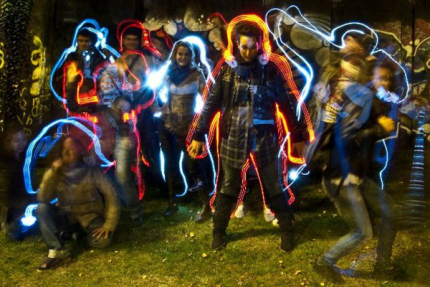 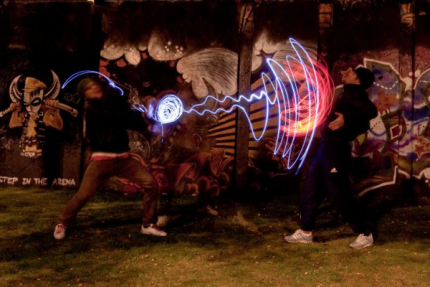 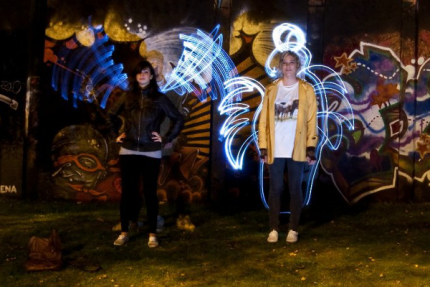 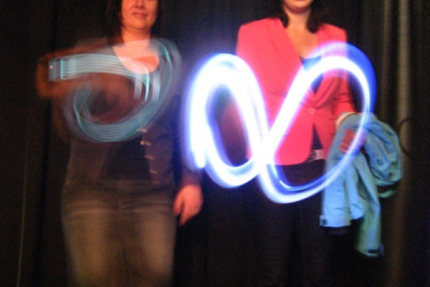 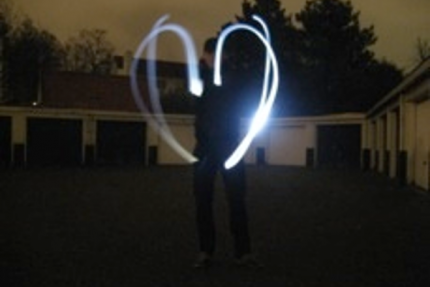 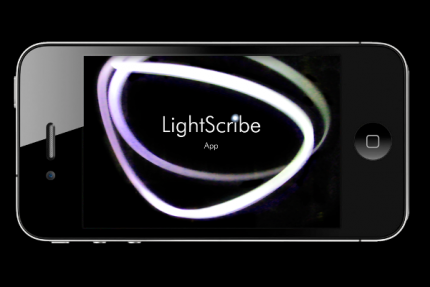 Lightscribing is a photography technique where moving light sources are used to draw beautiful light paintings. Combined with a group of teenagers or an app, lightscribing results in a social activity where physical play leads to creative results.
Tamás’ concept of light scribing as a social activity was evaluated with a group of peers in a night-long session. Hanna’s app was evaluated with a small group of teenagers and at an exhibition.
Both concepts were appreciated by the users, and resulted in beautiful dynamic paintings – and a lot of trial-and-error physical activity from the users.

Pepijn shouts “Now it’s my turn!” when he sees the hilarious light painting that Jan has created. Jan holds the camera while Tom runs around Pepijn with the bicycle light, creating a lion-like version of Pepijn. Laughing, they admire the results before discussing and planning their next attempt.