Mirror where your shadow magically follows you.
Design exploration during PlayFit project by Troy Reugebrink. 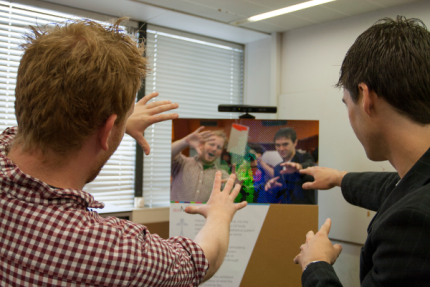 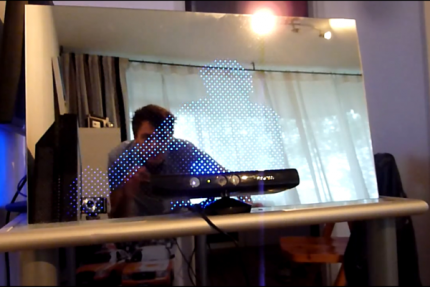 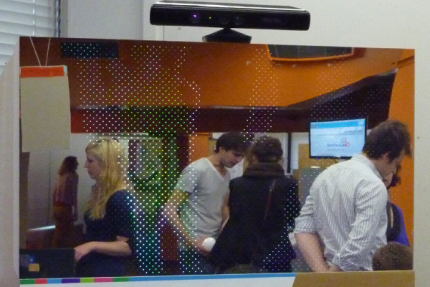 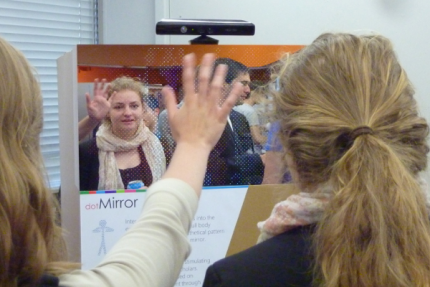 dotMirror is a mirror with an interactive layer that displays your silhouette in a magical way. Little holes in the mirror allow the projection of a camera-tracked silhouette, resulting in a beautiful effect whenever someone moves in front of the mirror.

dotMirror has been informally evaluated with students and at an exhibition. The combination of mirror and interactive system elicited strong curiosity from passers-by and amazement from players.

Luuk and Jack are waiting in the elevator, facing a mirror. When Jack looks at his phone, Luuk calls out “did you see that?!” Surprised, they discover that moving in front of the mirror results in beautiful silhouettes in the mirror. Laughing, they jump and wave until the elevator reaches the top floor.